If rumours out of Fiat are to be believed, the answer to that question will soon be “the new Fiat Panda” as Stellantis targets the bottom end of the booming electric car market.

Set to arrive as soon as this spring, the new Fiat Panda will be an EV-only offering from Stellantis’ “entry” Italian brand, and is expected to slot in below the ell-electric Fiat 500e, price-wise, in the company’s lineup. Its main objective, as the brand’s President, Oliver Francois, told AutoExpress UK, is to “awaken the sleeping giant” he believes Fiat to be. “That’s exactly my point of view,” he says, when discussing new models. “We have not even started awakening the giant.” 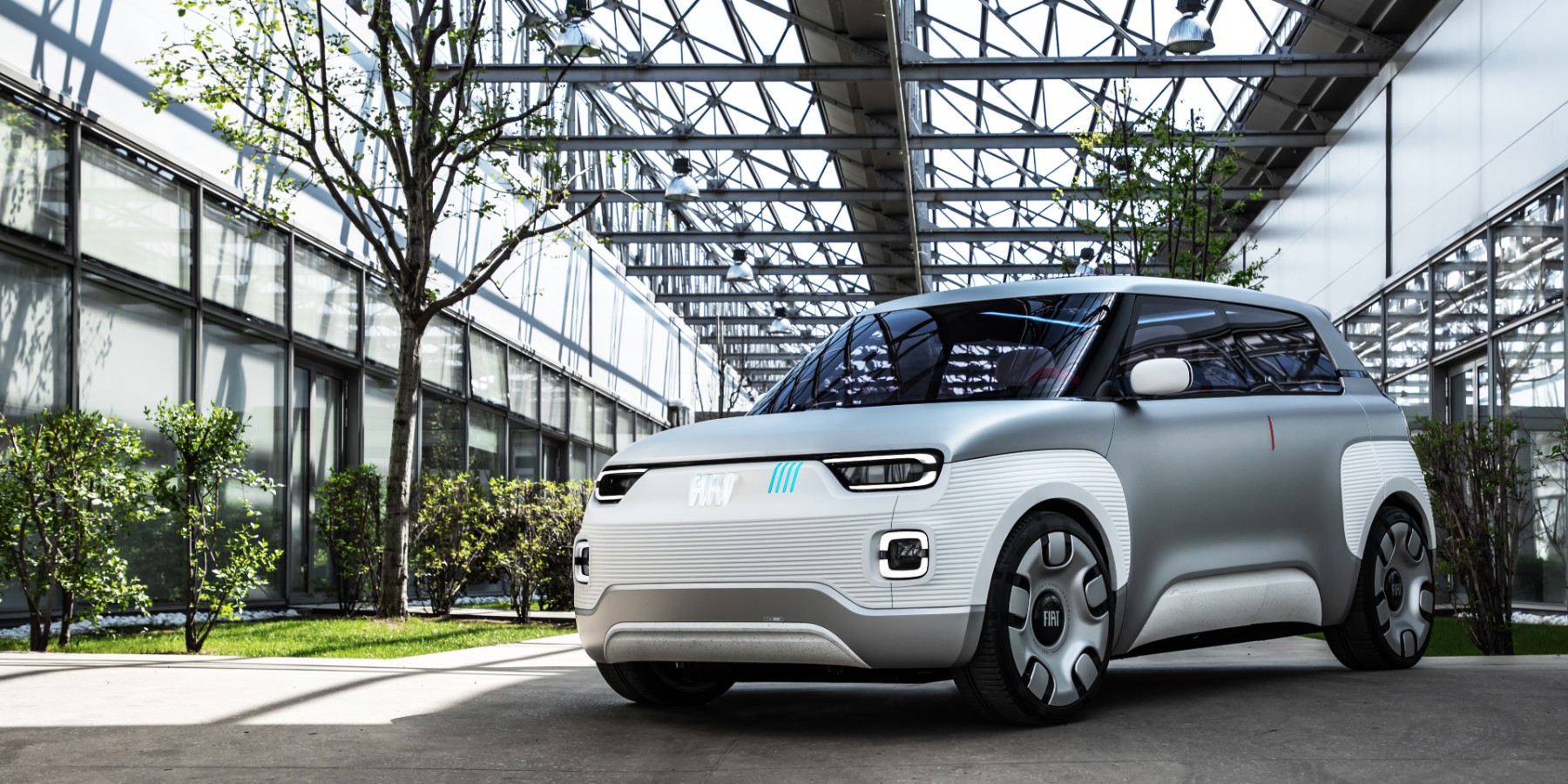 As a product, the upcoming Fiat Panda is believed to be heavily based on Fiat’s 2019 concept, the award-winning Fiat Centoventi. At the time, the company said it would reduce the car’s build costs by adopting a spartan design with a limited colour palette that was at once “minimalist and fully customizable.”

Modularity was built in from the start

“It will come in only one livery, which can be customized via the ‘4U’ program, with a choice between 4 roof covers, 4 bumpers, 4 wheel wraps and 4 paint wraps,” reads a statement issued at the 2019 launch of the Centoventi, in Geneva, where it won several design awards. “The interior accessories are interchangeable and can be installed in “plug-and-play” mode – from the cluster and storage pockets to the seats and child seats – directly by the customer. The exteriors are wrappable, the bumpers are customizable, and various roof covers are available to dress it up as the seasons change or according to your own preferences.”

The level of customization goes beyond what you might expect from most EVs in a connected age. Take, for example, this adjustable “dock” in the Fiat Panda/Centoventi concept’s dash to hold a phone or tablet. It completely removes the expected (and expensive) centre screen, and its associated need for infotainment software and firmware.

All cars should have an option like this; courtesy Stellantis.
It’s a very “Model T” sort of approach, and one that – hopefully – will enable a wider range of new car shoppers to get into a new electric car. If the concept is successful, we might see something like the culture that surrounded the original Type 1 VW “Beetle” emerge, with an appeal that defies the typical boundaries of income brackets.

That sort of “blurring of lines” seems to be exactly what Francois wants. “There will be a future for Panda as a name plate … that’s why I pitched the latest 500 initially as a convertible: high-end, full of options and 30,000 Euros. Because the day I introduce the future Panda, I’ll probably do the opposite. I’ll introduce the most naked version with an incredible price.”

We won’t have to wait too much longer to see how that plays out.

Electrek’s Take
I went to an event called “Further With Ford” way back in 2014 where company spokespeople talked about their envy of Apple’s iTunes ecosystem, which made people invest in it with purchased songs, apps, and movies. They very openly discussed creating a similar sort of software ecosystem within a connected car, one that would make switching from a Ford to a Chevy as complicated as switching from an iPhone to an Android.

This Fiat? It does the opposite, and – by inviting customers to bring systems that they already know and love into the car – they’ve enlisted the new Fiat Panda buyer in the design process. It’s an emotional investment that offers the value of a unique experience, rather than a financial one that carries with it a veiled threat, and I think Fiat and Stellantis will find that they catch more flies with honey, in this case.

Here at AVC we think the new Panda is really quirky little vehicle which has huge potential!